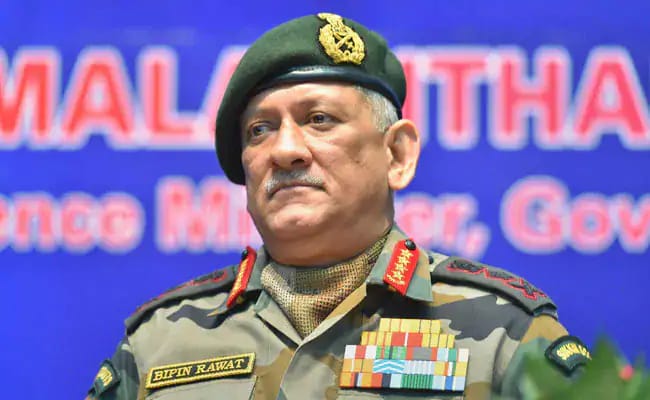 Army chief Gen. Bipin Rawat will undertake a four-day visit to Japan from Tuesday with the aim of exploring short- and long-term steps to expand bilateral military cooperation.

Officials said the army chief, accompanied by a delegation, will meet with senior members of the Japan Self-Defense Force on expanding defense and security ties in the wake of developments. of the regional security scenario.

Army chief Gen. Bipin Rawat will also meet with Defense Minister Taro Kono during which key issues of mutual concern will be discussed, they said.

The talks took place on Saturday in which the two sides discussed a range of strategic issues, including the latest developments in the contested South China Sea, the evolving security scenario in the Indo-Pacific region and the means to strengthen bilateral cooperation in the co-development of military equipment.

During the talks, the two sides also deliberated on the negotiations of the Acquisition and Cross-Service Agreement (ACSA) which would allow the two countries to use each other’s military logistics.

The army chief, who is also the chairman of the chiefs of staff committee, will also visit niche field formations and interact with troops from the Japanese Self-Defense Force (JGSDF).

The JGSDF had recently participated in the bilateral Dharma Guardian exercise in Vairengte, Mizoram.

“The visit to Japan aims to give a boost to defense ties and underlines the growing importance of Indo-Japanese relations,” said a defense ministry official.