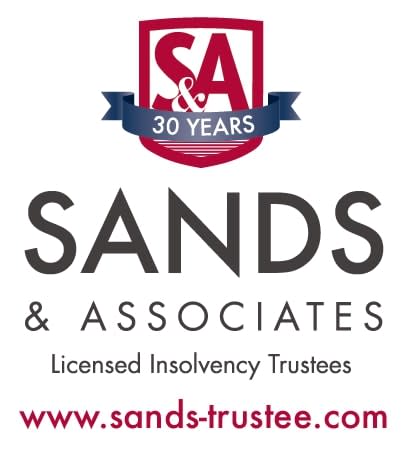 Credit card debt is cited five times more than other types of problematic debt; Using credit for essential living expenses is the top cause of debt reported by 18% of insolvent consumers, and more than 3 in 4 respondents say debt affects their mental health.

VANCOUVER, British Columbia, Jan. 17, 2022 (GLOBE NEWSWIRE) — Licensed Insolvency Trustees of British Columbia Sands & Associates today released the full findings of the British Columbia Consumer Debt Study. 2021. This unique annual study surveyed over 1,700 consumers across the province who have declared personal bankruptcy or consolidated their debts with a consumer proposal and provides an opportunity to better understand some of the many aspects of the financial challenges facing faced by British Columbians.

According to Blair Mantin, President and Licensed Insolvency Trustee of Sands & Associates, “Consumers can often be lulled into thinking that their debt isn’t ‘too much’, not realizing how easily problematic debt spirals out of control. or how the challenges of everyday life can leave people facing unimaginable financial hardship and overwhelming stress.

In addition to highlighting the causes of problematic debt and its impact on individuals, the 2021 BC Consumer Debt Study identified notable trends in consumer debt habits:

More than 56% of all consumers surveyed said credit card debt was the main type of debt they had when they started a formal debt solution, far exceeding other types of debt reported – debt tax (11%) and lines of credit (10%) .

Participants indicated that being in debt affected their well-being in several ways, including:

When asked how they knew their debts were becoming a problem:

Only 5% of consumers said they immediately sought professional debt help, with the majority being stopped by reasons such as:

About Sands & Associates and BC Consumer Debt Studies

In Sands & Associates’ annual study of consumer debt in British Columbia, Sands & Associates President and Licensed Insolvency Trustee Blair Mantin notes, “Through these annual studies, we are able to get and to share invaluable information about the challenges faced by people in virtually every community. As a Licensed Insolvency Trustee serving the residents of British Columbia, I understand the difficult situations people go through, the heavy toll of their debt – and being able to share this knowledge helps others to show empathy, thereby increasing the awareness that is so necessary in order to intervene and help people get the resources and solutions they need to get their lives back and move forward without the overwhelming burden of a problem of indebtedness.