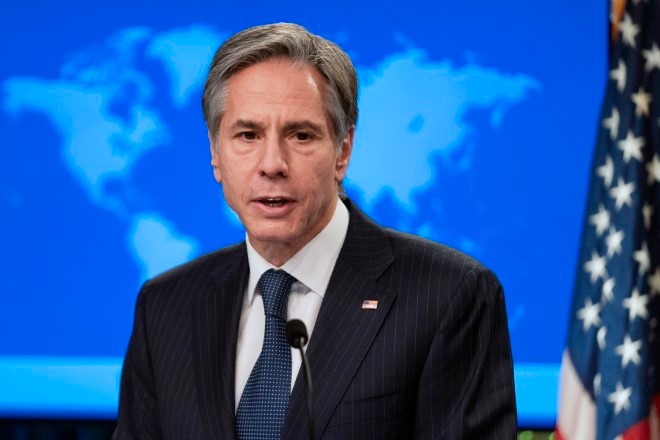 Concerns about China’s growing influence in the region are expected to be at the center of concerns when two ministers in President Joe Biden’s administration travel to Japan for their first in-person talks with their Japanese counterparts.

U.S. Secretary of State Anthony Blinken and Defense Secretary Lloyd Austin are on their way to Tokyo to meet with their counterparts and other senior officials as they attempt to reaffirm the U.S. commitment to the region and its alliance following Donald Trump‘s capricious approach.

“The United States is now making a great effort to revitalize our bonds with our friends and partners – both in individual relationships and in multilateral institutions – and to re-commit to our common goals, values ​​and responsibilities,” Blinken and Austin said in an article published Monday in the Washington Post.

Despite the United States and others who share the values ​​and principles for keeping an Indo-Pacific region open, China is “too willing to use coercion to achieve its ends,” the two ministers said. “Again, we see how essential it is to work with our allies. “

The United States will lead diplomatically, while maintaining US military might “and will renew our alliances and ensure that they are fit for purpose of meeting the threats and opportunities of our time,” wrote Blinken and Austin. Together, they can hold China accountable for its human rights violations and other issues in Xinjiang, Tibet, as well as Hong Kong and Taiwan, they said.

Signaling the return of the United States to the Asia-Pacific region, Biden on Friday hosted an inaugural summit of leaders from Australia, Japan, India and the United States known as the “Quad” and highlighted the Washington’s commitment to the region.

Japan’s Cabinet Secretary-General Katsunobu Kato on Monday hailed the outcome of the talks as “a good opportunity for the four countries to confirm their strong commitment as a driving force to achieve” a free and open Indo-Pacific. . ”Summit held at the start of the Biden administration.

Japan views China’s growing presence in the region as a security threat. Beijing has built militarized man-made islands in the South China Sea and claims almost all of the sea’s major fisheries and waterways. Japan is concerned about China’s claim to the Japanese-controlled Sekaku Islands called Diaoyu in China , in the East China Sea and by its increased activity in the disputed area.

China has denied being expansionist and said it was only defending its territorial rights.

On the Biden administration’s first Cabinet-level trip abroad, Blinken and Austin are also expected to discuss the coronavirus pandemic and climate change, as well as the nuclear threat posed by North Korea and the situation. in Myanmar after its military coup.

While in Tokyo, they plan to have virtual meetings with business leaders, members of civil society, business leaders and others in Tokyo before heading to South Korea, another key ally in the region, Wednesday.

China is not on Blinken’s itinerary, but he is due to meet with senior Chinese officials in Anchorage, Alaska, on his way back to Washington. Austin will travel from Seoul to New Delhi to meet with Indian leaders.