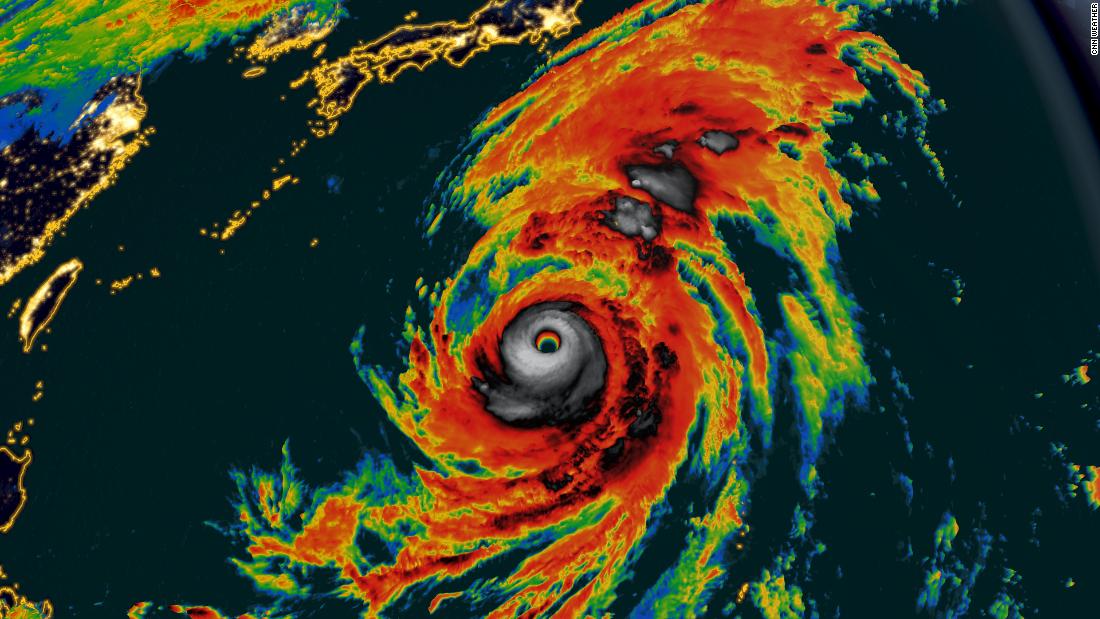 (CNN) — As Typhoon Hagibis threatens to wreak havoc in Japan, travelers may have to change their plans at the last minute.
Tourists in Japan for the Rugby World Cup have already been affected by the impending storm. Two matches, England-France and New Zealand-Italy, have been canceled as a precaution.

While Hagibis was previously classified as a “super typhoon”, the JTWC (Joint Typhoon Warning Center) downgraded the storm to simply “a typhoon”, with sustained winds of 220 km/h and gusts up to 270 km/h , the equivalent of a category four storm. hurricane.

Currently, Hagibis is moving North-North-West at a speed of about 22 kilometers per hour. It is expected to weaken as it nears landing near Tokyo in the next 24 to 36 hours.

Japan’s national airlines are cautious. Flights departing from and arriving at Tokyo’s two airports (Haneda and Narita) on October 12 were canceled, affecting a total of at least 1,187 flights and nearly 190,000 passengers.

JAL advises travelers that the company “will not charge any handling fees for changes or refunds resulting from anticipated effects on operations caused by bad weather (typhoon, etc.) or natural disasters.”

The train companies plan to cancel or reduce train operations until Saturday October 12, with real-time updates on their websites and social media accounts as events occur.

However, sources expect most train and subway services around Tokyo and central Japan to be halted before noon on Saturday, if not sooner.

The Central Japan Railway Company, usually referred to as JR Central, announced that it had canceled almost all high-speed trains departing from Tokyo and Osaka on October 12, which have around 400 departures.
The East Japan Railway Company, which operates commuter trains to Tokyo’s two airports, has also put contingency plans in place. Their website notes that “operations of conventional lines and Shinkansen may be suspended on October 12 and 13 due to Typhoon No. 19. [Hagibis is the 19th typhoon of this year’s season].”

Travelers wishing to drive or take a taxi to get around instead of the train should also be careful. Some roads in and around the capital are closed, and more should be expected when the typhoon hits.

Japan is still reeling from the impact of Typhoon Faxai, which inflicted severe damage on Chiba Prefecture in September. About 100 flights were canceled while the Keikyu railway line, which connects Tokyo and Yokohama to Haneda airport, was temporarily closed.

More than 13,000 passengers were stranded at Tokyo’s Narita International Airport following the storm, and airport staff handed out water, snacks and blankets to those stuck in the terminal during the night.

ANA joined the relief effort, offering frequent flyers the opportunity to donate their miles, which would be converted into Japanese yen, to reconstruction efforts in Chiba Prefecture.

“ANA HD has already announced a donation of 2 million yen to Chiba Prefecture as part of recovery efforts and will donate an additional 3 million yen to the Japanese Red Cross to help support victims of the disaster. “, said the airline in a press release.

This piece is updated as more information becomes available.