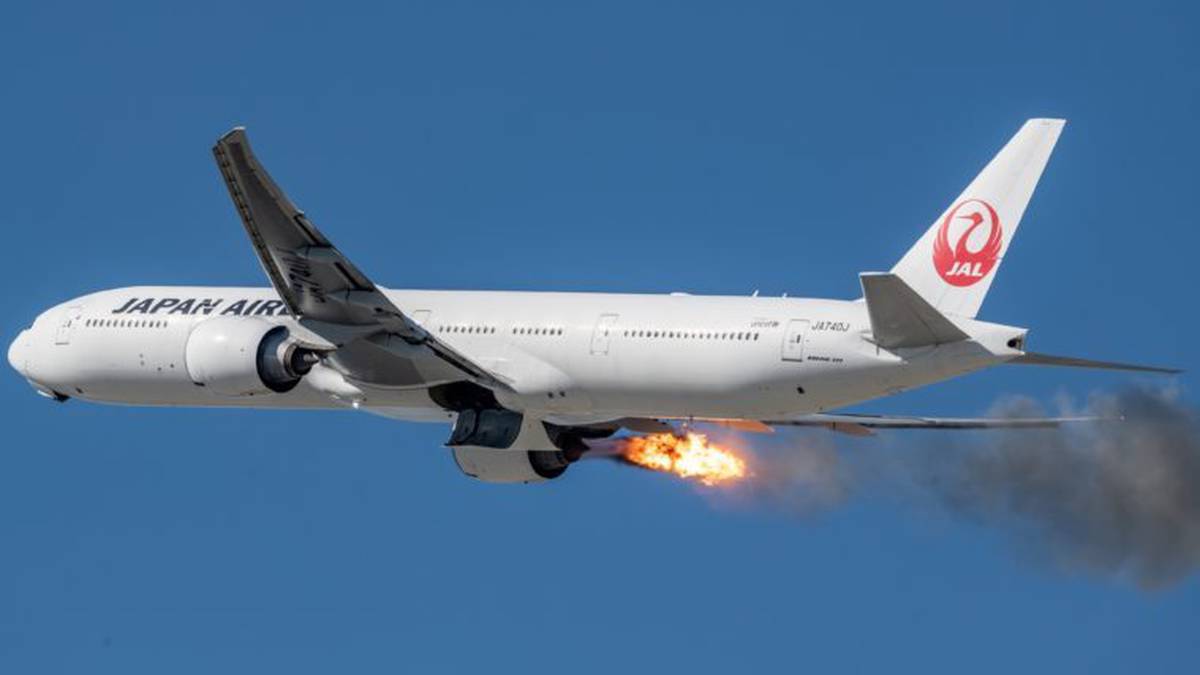 A dramatic engine malfunction prompted the declaration of emergency for the flight by Japan Airlines. Photo / Twitter, Glenn Beltz

An engine malfunction on a flight to Tokyo led to a short but spectacular flight for Japan Airlines JL15 on Friday, departing from Los Angeles Airport. Flames were seen erupting from the right engine of the Boeing 777-300ER, forcing the pilots to declare an emergency.

UC Stanta Barbara’s engineering professor Glenn Beltz was on hand to attend the event. “Well, you don’t see that every day. “

The plane to Haneda spent 45 minutes burning in a holding pattern before landing safely at LAX.

The aircraft was able to unload fuel over the sea near Catalina Island, in preparation for landing.

Radarbox.com showed that the service landed at 3:18 p.m. local time.

The dramatic failure of the PW4000 family’s engine aboard a United Airlines flight from Denver to Honolulu prompted Japan’s Ministry of Land, Infrastructure, Transportation and Tourism to investigate the engines.

A Pratt & Witley 4000 family engine experienced a similar problem aboard a Japan Airlines 777-200 bound for Haneda in December, according to the ministry.

All 777 variants were withdrawn from service on JAL’s domestic routes in April.

It is not yet known what happened to the 777-300 ER this weekend. However, General Electric’s jet engine was not among the engines under investigation by the airline.