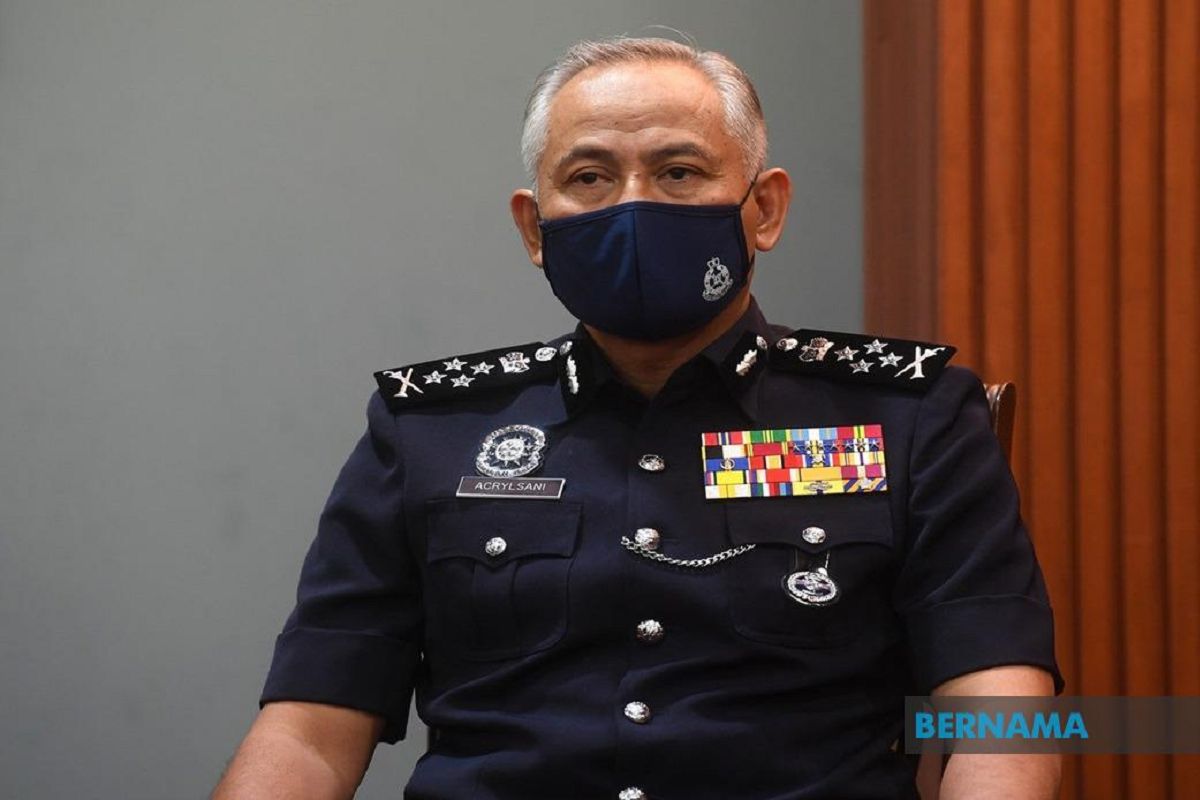 KUALA LUMPUR (September 13): The Royal Malaysian Police (PDRM) have neither detected nor received any information regarding security threats to any place of worship or public places in the country, said Inspector General of Police Datuk Seri Acryl Sani Abdullah Sani.

Based on the current situation, he assured the public that the security and public order of the country was under control and urged them not to worry or speculate on the advice issued by the Japanese Embassy to its citizens in Malaysia.

â€œThe PDRM will always monitor the current security scenario and ensure the security of the country. Controls will be stepped up to maintain public order.

“Severe measures will also be taken against any party that attempts to threaten the security and harmony of the country,” he said in a statement today.

Bernama reported today that the Japanese Embassy here has confirmed that it has issued an advisory to Japanese nationals in Malaysia regarding the possibility of a terrorist threat in Southeast Asia.

The Japanese Foreign Ministry, according to media reports, advised its citizens in Indonesia, the Philippines, Singapore, Malaysia, Thailand and Myanmar to avoid being near places of worship and other crowded areas. .

The advisory cited intelligence reports regarding the possibility of an attack on places of worship and public spaces with large gatherings in the area.

There are approximately 31,000 Japanese living in Malaysia.