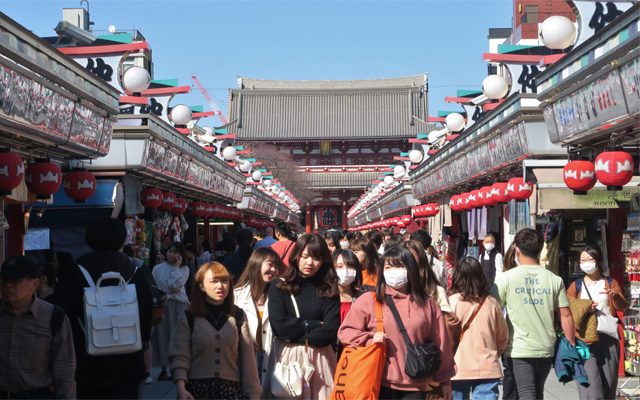 Japan will continue to suspend its domestic travel subsidy program, introduced to support its struggling tourism industry, even after the state of emergency covering many prefectures is fully lifted.

The country has been grappling with a third wave of Covid-19 infections since last December that prompted the national government to issue stay-at-home requests for residents of Tokyo and nine other densely populated areas. The government’s Go To Travel program, which has facilitated the spread of Covid-19 in Japan according to several university studies, was also postponed to December 28.

In recent days, however, Japan has shown signs of exiting the third wave, generating optimism for the hard-hit hospitality and travel sectors. The number of new cases of Covid-19 has fallen to around 1,200 per day, from more than 7,000 new cases per day for consecutive days in mid-February.

Another positive measure, the state of emergency was lifted in the prefectures of Fukuoka, Osaka, Kyoto, Hyogo, Gifu and Aichi on March 1, a week ahead of schedule. Tokyo and its neighbors (Chiba, Kanagawa and Saitma), meanwhile, are expected to exit emergency declaration status on March 7 if all the criteria for assessing the risk of Covid-19 are met.

Assessing the spread of Covid-19 in each prefecture should be an important consideration as the government reflects on the return of the Go To Travel program. On February 28, government officials announced that the infection situation in each region would be analyzed and infection prevention measures would be taken before the program was reinstated.

Still, with or without the national subsidies initiative in place, tourist attractions are hoping that positive consumer sentiment resulting from the lifting of the state of emergency will keep visitors coming back. In addition, local tourism is likely to be reborn first.

Alex Bradshaw, overseas affairs manager of the traditional garden and Sengan-en stately home in Kagoshima city, said his “immediate priority” was to engage his local market in Kagoshima Prefecture.

“We are cautiously awaiting a slow and steady return of visitors with the lifting of the state of emergency and have, of course, kept in place strict Covid prevention measures,” he said. “As a predominantly outdoor attraction, we are well positioned to attract visitors looking to reconnect with nature and relax, (and) we expect this to be a force for the future.”