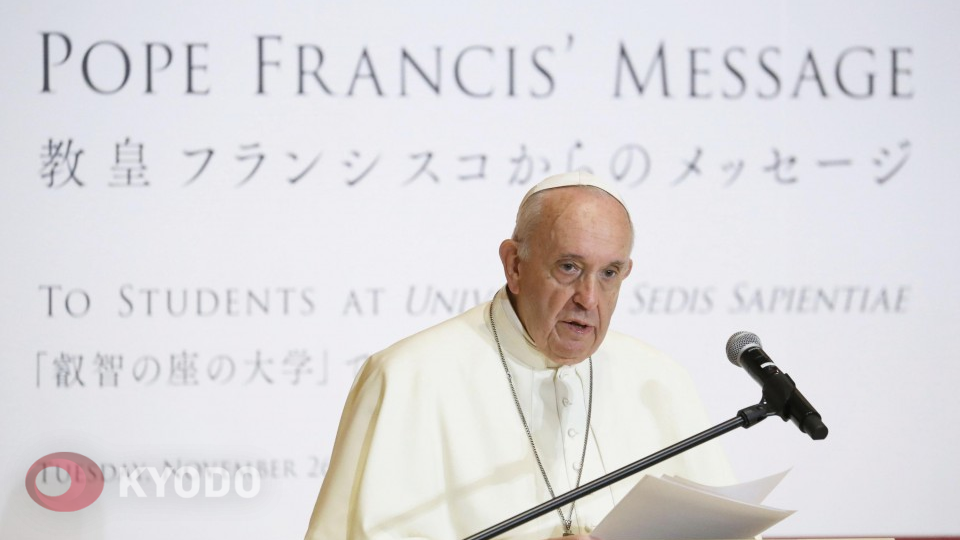 Pope Francis returned to Rome on Tuesday after a four-day trip to Japan, including visits to Nagasaki and Hiroshima where he made strong anti-nuclear appeals and urged efforts for peace.

During the first papal visit to Japan in 38 years, the Pope called for the elimination of nuclear weapons in speeches in the two atomic bombed cities and held meetings with Emperor Naruhito and Prime Minister Shinzo Abe in Tokyo .

On Tuesday morning, the Pope thanked “all the Japanese people for the hospitality and warm welcome” during their “short and very intense” stay in the country, delivering his speech to some 700 people at Sophia University in Tokyo .

“Despite the fact that Christians are a minority (in Japan), their presence is felt,” the Pope said. “I myself have witnessed the general esteem in which the Catholic Church is held, and I hope that this mutual respect may increase in the future.”

He also held a few private meetings with Jesuits at the university, a Jesuit school.

After arriving in Rome, the Pope also tweeted in Japanese: “I express my deep gratitude to all the people of Japan”. 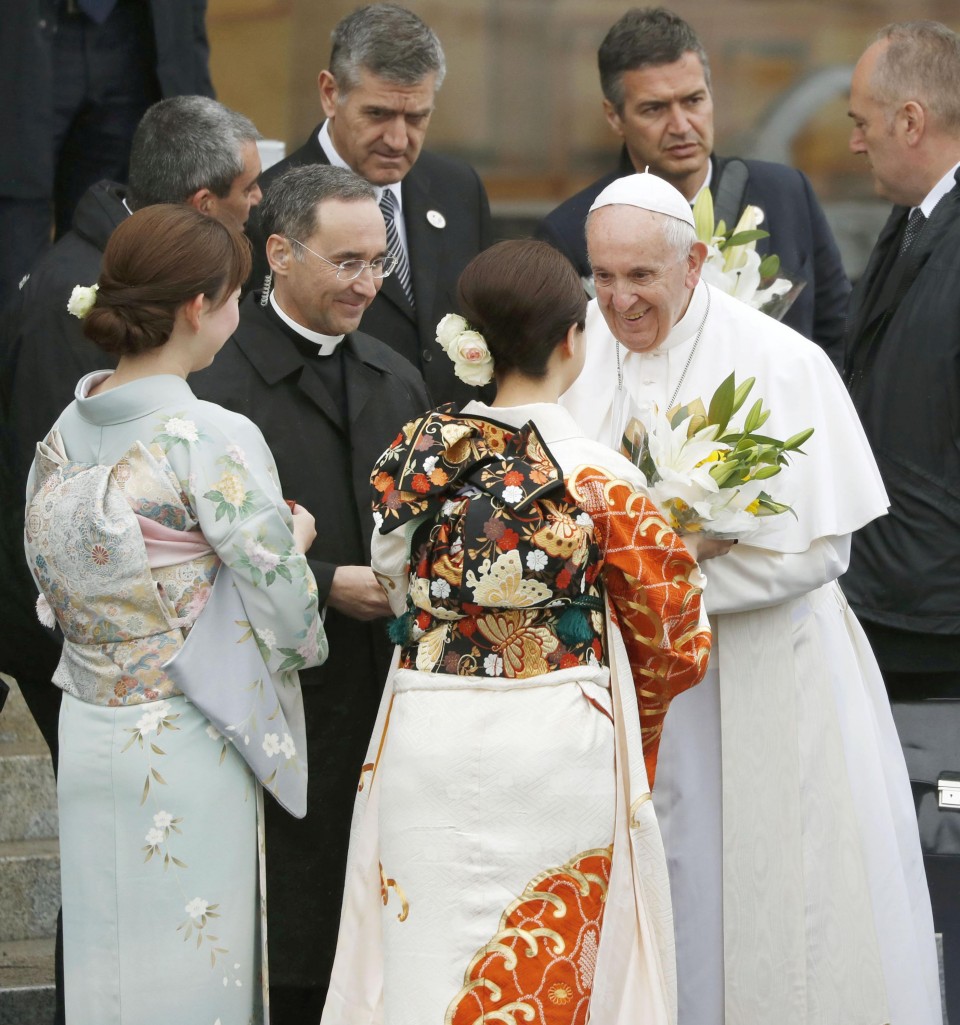 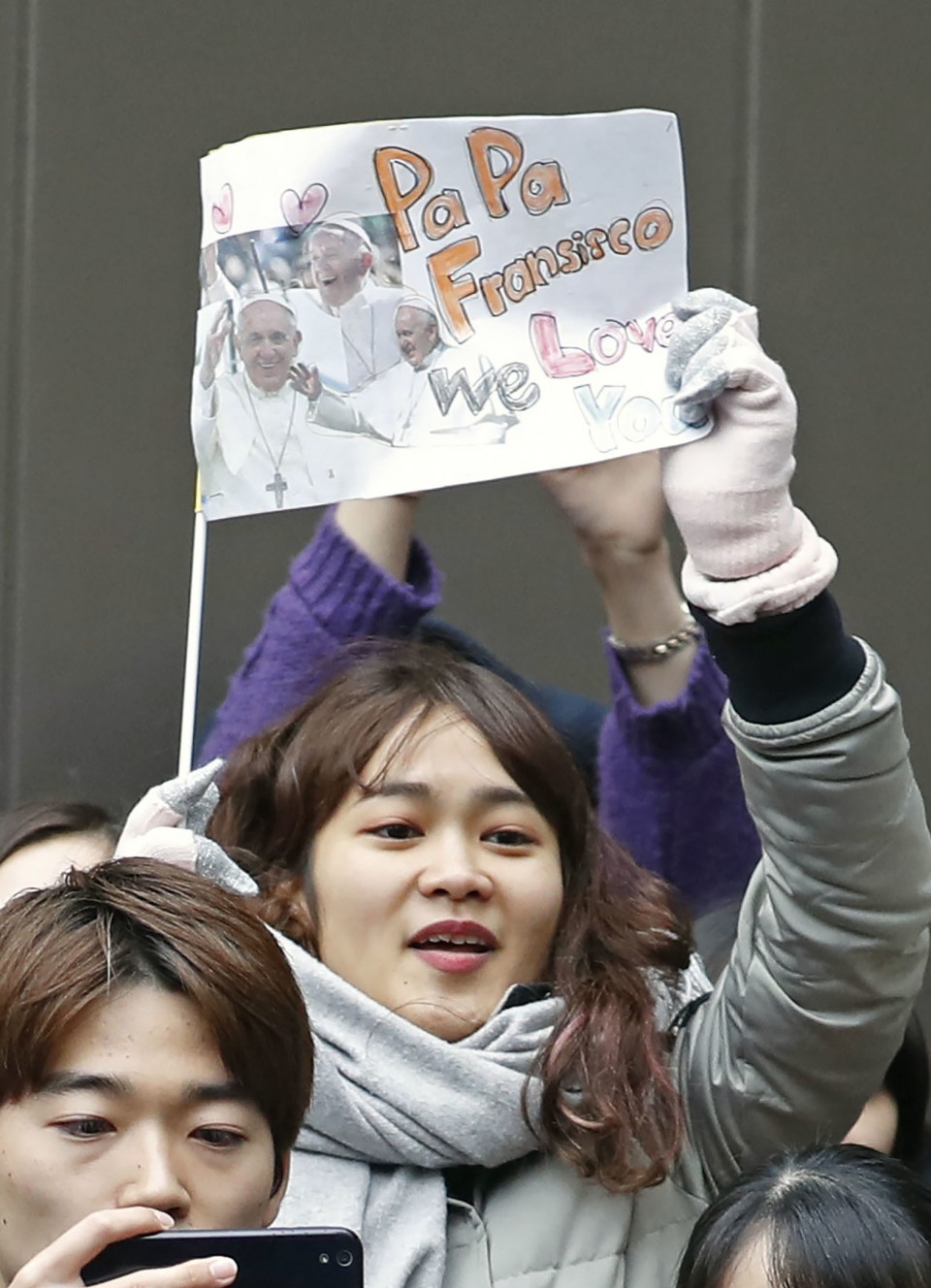 The 82-year-old Argentine pope gave speeches in Nagasaki and Hiroshima on Sunday, stressing that a world without nuclear weapons was “possible and necessary”, and claiming that the use of such weapons was a “crime” against humanity and nature.

On Monday in Tokyo, the Pope met with victims of the March 2011 earthquake and tsunami as well as the Fukushima nuclear crisis caused by the natural disaster, and celebrated mass at the Tokyo Dome attended by around 50,000 worshipers. Catholics.

The papal visit came about five years after Abe asked the Pope to travel to Japan during a meeting in 2014 in Vatican City.

John Paul II, who in February 1981 made the first papal trip to Japan, pushed for the elimination of nuclear weapons during a visit to Hiroshima and Nagasaki amid heightened tensions between the United States and the Union Soviet Union on the deployment of intermediate-range nuclear missiles. 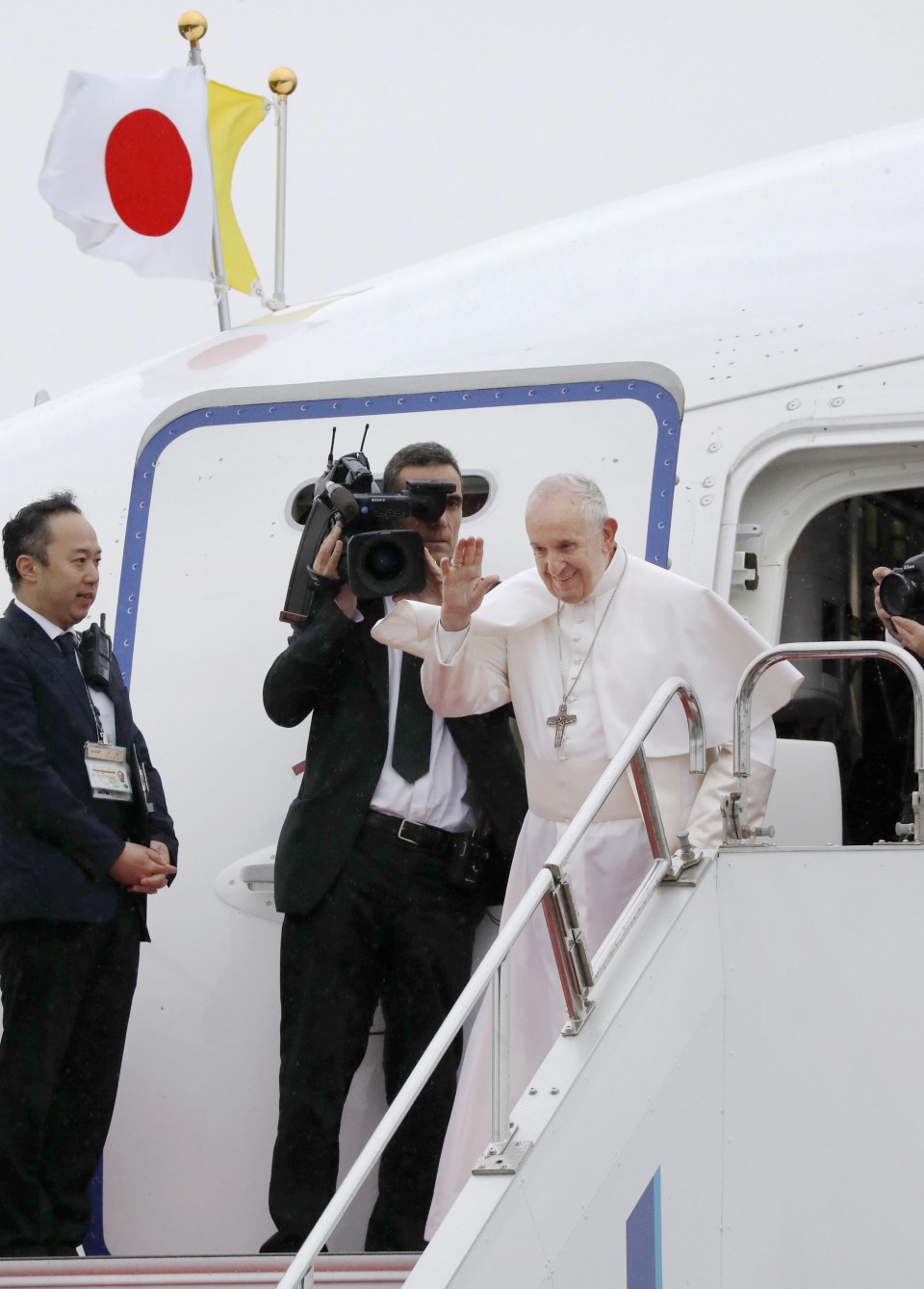