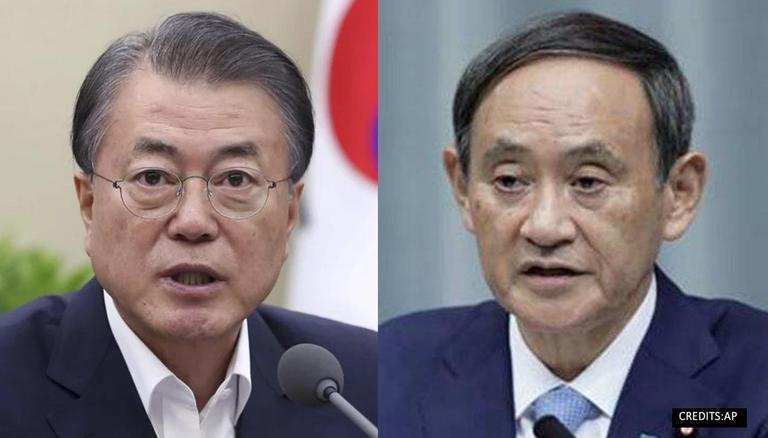 South Korea announced on Monday that President Moon Jae-in will not visit Japan this week, ending days of speculation over whether the Tokyo 2020 Olympics will include a summit between the two leaders. “President Moon Jae-in has decided not to visit Japan for the Tokyo Summer Olympics,” the South Korean presidential Blue House announced on Tuesday, confirming the official abandonment of what would have was Moon’s first in-person summit with his Japanese counterpart Yoshihide Suga.

Moon’s senior public affairs adviser, Park Soo-Hyun, said in a press release on July 20, “President Moon has decided not to visit Japan,” adding that the two governments have had “disagreements. meaningful discussions on how to move forward in the pending story. on related issues and on forward-looking cooperation.

Moon’s press secretary further said the two countries had tried to explore ways to resolve conflicts and strengthen cooperation, but found themselves at an impasse. “The talks went amicably and made considerable progress, but they still have not been seen as an outcome of the summit, and we have taken other circumstances into account,” Park told the press, without going into details. Suga, meanwhile, declined to comment on Moon’s decision with reporters from the Japanese press.

Moon’s presidential office said the president’s trip was canceled because he had “become skeptical” about his potential visit and will instead send his culture minister to Friday’s opening ceremony as chief. from the Korean delegation. The two neighbors are at loggerheads over the controversy surrounding compensation orders for Korean women who were forced to work in military brothels during Japan’s colonial rule from 1910 to 1945. Another spat on the map on the Tokyo Olympics website that showed Korea-controlled islands as Japanese territory thwarted bilateral ties further.