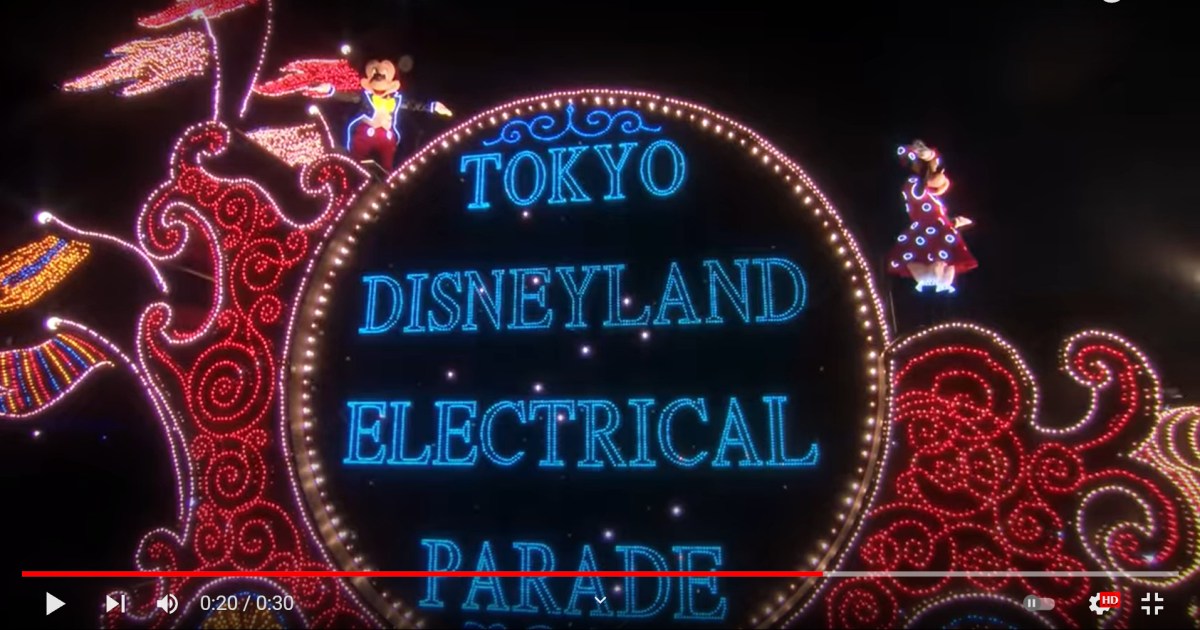 This bright nighttime parade, which was suspended in February 2020 at the start of the pandemic, is back at Tokyo Disneyland after about a year and eight months. Although it took place in other Disney parks, Tokyo Disneyland is the only place it was performing regularly before the pandemic, and now it’s back!

Advertising alone rekindles the magic that we have all missed over the past two years! Once the park lights go out, Disney characters appear on well-lit floats. There’s a fairy godmother floating in front of the blue lights, Goofy at the controls of the motor of a vibrating train, Alice in a teacup on top of a glowing Chesire cat, Pete riding in the arms of his friendly green dragon, and Mickey and Minnie waving and blowing kisses from a huge lighted float.

The video also shows several different children pointing, smiling and laughing, coupled with the familiar cheerful music from the parade, just get Disney fans ready to buy their tickets.

â€œI am so happy that my favorite show is coming back. Thank you!”
“When I see it live, I’ll be screaming my eyes.”
â€œWelcome, E-parade! I am so happy. This is happiness. “
“Music alone makes me cry, so I can’t even watch it!” I have loved this show since I was born.
“I waited! I’ll cry when I see this in person.

So many comments were filled with crying emojis and tears of joy it seems Japanese Disney fans have been waiting for this parade to make a comeback for a long time!

November, 1st marked the triumphant return of the beloved parade, and since the parade has been back for a few days already, some fans have already taken pictures.

With extended hours and the return of the parade, now is the perfect time to visit Tokyo Disneyland and discover its fantastic new areas themed in Beauty and the Beast and Baymax. Why not also book a stay at the new Tokyo Disney Resort Toy Story Hotel, which opened earlier this year?