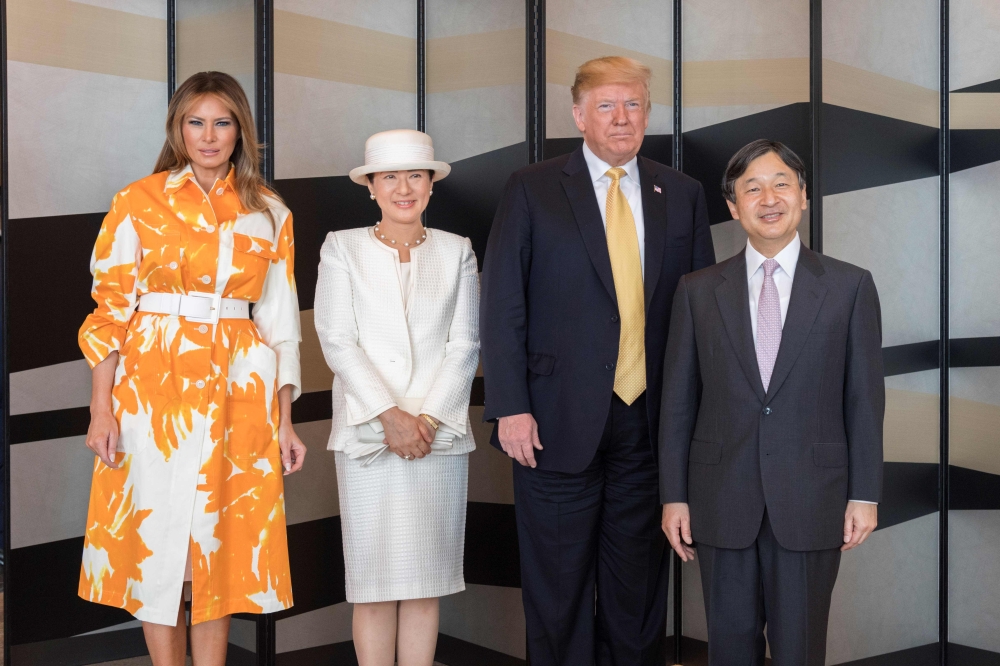 President Donald Trump is on his way back to the United States after a four-day visit to Japan.

During his stay, he met the new Emperor of Japan and had serious discussions with Prime Minister Shinzo Abe on North Korea, Iran and trade. He and Abe also played golf and attended a sumo match.

On Tuesday, Trump and First Lady Melania Trump boarded a Japanese destroyer to visit Japanese troops, then paid a visit to the USS Wasp docked at the mouth of Tokyo Bay. Aboard the USS Wasp, Trump delivered a Memorial Day speech to hundreds of members of the US Navy’s 7th Fleet.

Less than an hour after landing in Tokyo on Saturday, Trump denounced what he sees as a trade imbalance between the world’s first and third largest economies and vowed to make the relationship “a little fairer.”

At the White House last week, Trump stressed the importance of his meeting with the Emperor.

Naruhito came to the throne after his father’s resignation, the first abdication of the Japanese royal family in about two centuries.

“This is a very important thing that is happening with the Emperor. It is something that has not happened for over 200 years,” Trump said. “I am the guest, which means the United States is the guest.”

Trump pointed out that Abe had “very specifically” declared Trump to be the guest of honor.

“Along with every country in the world, I am the guest of honor at the biggest event they have hosted in over 200 years,” Trump said.

It was not the Emperor who chose Trump as his first state guest. It’s Abe, who is seen by some to be using the invitation to meet Naruhito to curry favor with Trump who threatens to impose potentially devastating tariffs on the Japanese auto industry, among other tensions in the relationship.

After leaving the Imperial Palace, Trump proceeded to Akasaka Palace, the Japanese state guesthouse with lush, well-maintained gardens, for meetings, a working lunch and a joint press conference with Abe. .

The president will also be the guest of honor at an imperial banquet at the palace organized by the emperor.