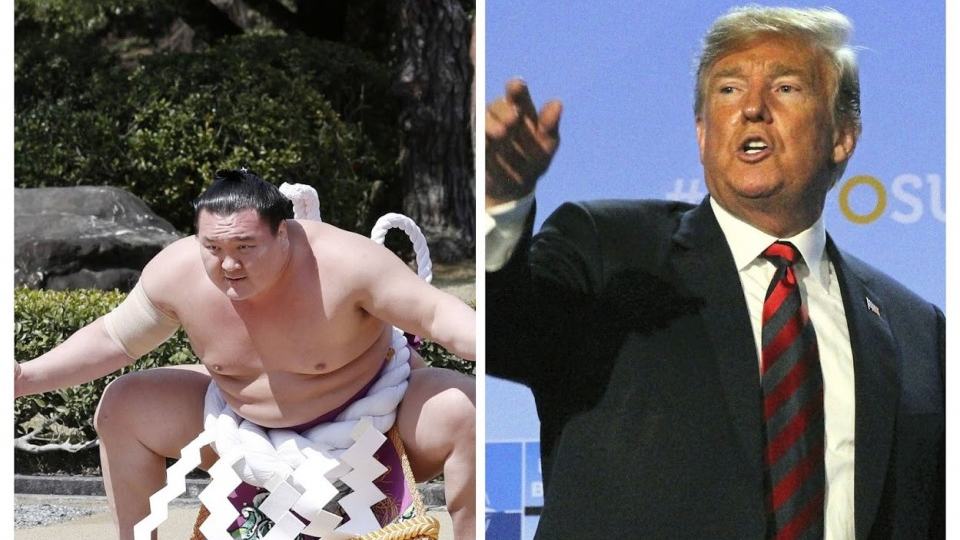 The Japan Sumo Association is preparing to welcome US President Donald Trump to an upcoming tournament after learning he wanted to watch a sumo match live when he visited Japan at the end of next month, said Friday a source of the organization.

The sport’s organizing body reserved seats for Trump on May 26, the last day of the Grand Summer Sumo Tournament in Tokyo, and has been considering its security measures since March, the source said.

The Japanese government has also started making arrangements for Prime Minister Shinzo Abe to join Trump at the Ryogoku Kokugikan in Tokyo.

Trump’s aides have requested lodges near the first three rows of the indoor sports arena during his visit, which is scheduled to take place May 26-28.

The JSA plans to reserve several lodges that surround the president’s seat for security personnel, as well as those located near the path the president will take to his seat.

The boxes or “masu” seats are enclosed in a small square with four cushions. The closest of them are less than 7 meters from the ring, with several rows of front row seats between the boxes and the action on the raised ring, called “dohyo”.

Sumo wrestlers competing in the sport’s premier division on Friday expressed excitement over a possible visit from the US leader.

Great Mongolian champion Hakuho, who won a record 42 championships, said: “I’m grateful. I don’t know if we’ll get (this opportunity) again, so I want to do my best (if Trump comes). “

Takakeisho, a Japanese wrestler ranked second in the sport, said: “Sumo is the national sport of Japan. I want to show that it is also a spiritual ritual.”

The tournament will start on May 12.