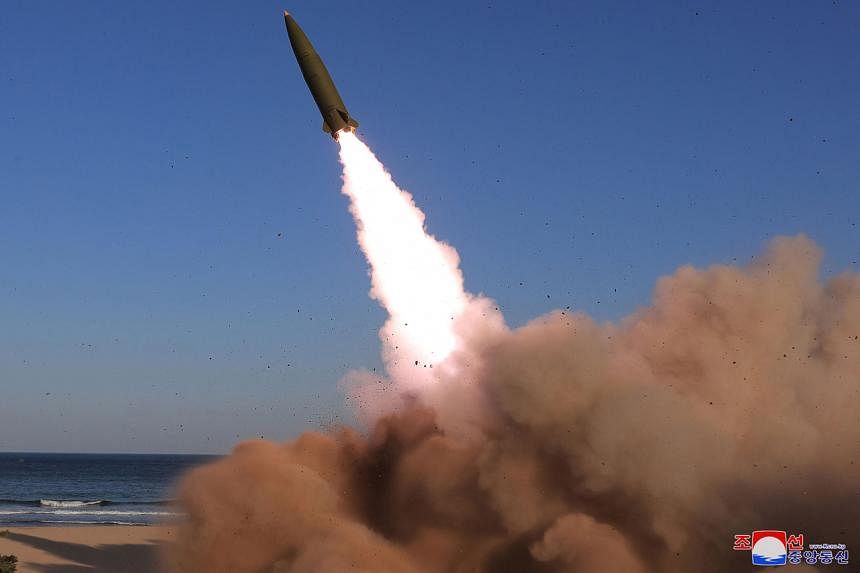 TOKYO (THE JAPAN NEWS/ ASIA NEWS NETWORK) – Each time North Korea tests a ballistic missile, which can be used as a nuclear warhead delivery vehicle, its nuclear capabilities grow stronger and the threat it poses becomes more serious.

Japan, the United States and South Korea should make efforts to strengthen their cooperation to improve deterrence. North Korea fired a ballistic missile into the Sea of ​​Japan. It traveled about 500 km and fell outside Japan’s exclusive economic zone.

It is believed to have reached an altitude of around 800 km, having been launched at an angle greater than the normal trajectory. This is the 13th North Korean missile launch this year. Pyongyang is likely to try to confirm and improve the performance of its missiles by frequently launching a wide variety of them. He also developed new types of missiles, including a hypersonic missile that flies on irregular trajectories.

Some say the latest launch is a test towards completion of an intercontinental ballistic missile (ICBM) that can reach the American mainland. Japan, the United States and South Korea must quickly analyze the information available.

North Korea showcased its various missiles, including a new ICBM – the Hwasong-17 missile – during its military parade marking the 90th anniversary of its army’s founding on April 25.

North Korean leader Kim Jong Un, who is also general secretary of the Workers’ Party of Korea, said in a speech on the occasion that he would strengthen and expand his arsenal at “the fastest pace possible”.

North Korea’s selfish logic is to possess nuclear weapons to deter US attacks. Pyongyang is believed to be working on building a test site not only for missile testing, but also for resuming nuclear testing. More caution is needed.

Kim also said he would not hesitate to put nuclear weapons into practice. Was Kim inspired by Russian President Vladimir Putin, who threatened to use nuclear weapons as part of his invasion of Ukraine?

Any behavior that minimizes the threat of nuclear war – capable of wiping out humanity – is unacceptable. The latest launch comes just before South Korean President-elect Yoon Suk-yeol takes office on May 10.

Yoon said he would change the current administration’s accommodating policy toward North Korea and strengthen the defense system through close cooperation with the United States and Japan. The launch was also apparently intended to threaten Yoon.

Despite North Korea launching ballistic missiles in violation of UN Security Council sanctions resolutions, the council has taken no effective action against them. The United States is preparing a new resolution to tighten sanctions against North Korea, but it is unlikely to pass until China and Russia, who hold veto power as permanent members of the Council of UN security, will oppose it.

China, which backs North Korea, must come to terms with the fact that the Security Council’s failure to take action has allowed Pyongyang to spin out of control. China must also agree to tougher sanctions against North Korea.