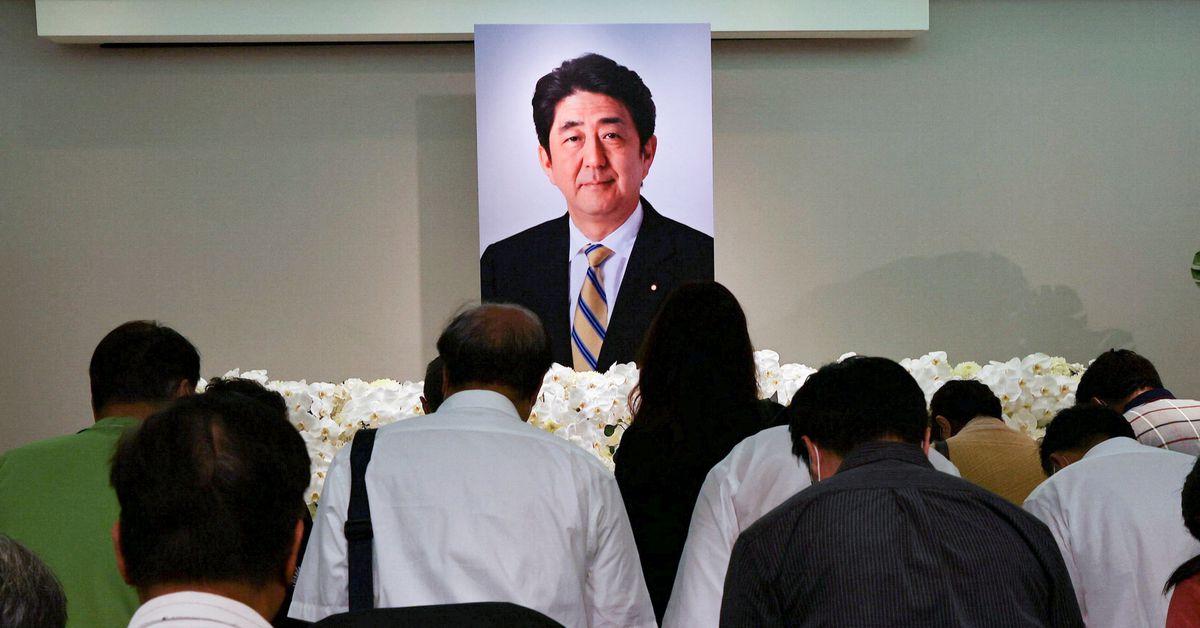 TOKYO/TAIPEI, July 11 (Reuters) – Vice President William Lai became the most senior Taiwanese official to visit Japan in five decades as he made a private trip to Tokyo to pay tribute on Monday following of the recent murder of former Prime Minister Shinzo Abe by a gunman.

A Japanese Foreign Ministry official said ministry officials were aware Lai was in Japan on a private visit to pay his respects after Abe’s death on Friday.

The official declined to give further details, including how long Lai would be in Japan.

“We know this person is probably still in Japan but on a private visit to pay their respects as a friend of Abe.”

Taiwan’s presidential office said it had no comment, but noted that Lai had been “a close friend for many years” of Abe and his family.

Taiwan’s foreign ministry said it would not comment on Lai’s “personal schedule”. He did not specify.

Taiwan’s official Central News Agency said Lai was the most senior official to visit Japan since Tokyo severed official ties with Taipei in 1972 and forged relations with Beijing.

He quoted a senior lawmaker from the ruling Democratic Progressive Party who said Lai had gone to Abe’s Tokyo residence to offer his condolences and would attend his funeral on Tuesday.

Like most countries, Japan does not have formal diplomatic relations with the island claimed by China, but some senior Japanese officials have become increasingly outspoken about their support for Taiwan in recent years.

China says the democratic island has no right to state-to-state relations and has stepped up efforts to isolate it diplomatically.

Earlier Monday, Taiwanese President Tsai Ing-wen offered her condolences during a visit to the de facto Japanese embassy in Taipei, saying she would continue Abe’s legacy of closer relations between Taiwan and the Japan and would deepen the ties between the two parties.

She had ordered Taiwan’s flags flown at half-mast until Monday in honor of Abe, who was widely seen in Taiwan as having helped warm Taipei-Tokyo relations in recent years.